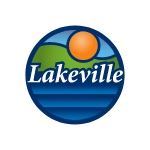 This facility has not yet been rated.

Station 1 was built in 1981 to replace the old station located on 207th Street and Hughes Avenue. Barry Christensen was Fire Chief when the new station was built and also during its remodel and re-dedication in 1995.

The southern-most station, Station 1 protects the region south of 195th Street to 220th Street, west to Judicial Road (Scott County), and east to the Farmington border. In addition, Station 1 is called first to respond to the western half of Eureka, an area protected under contract with Eureka Township.

Station 1 houses the water rescue boat and a snowmobile.

The bell in the tower at Station 1 is the original bell from the first Station 1 on Holyoke Avenue in downtown Lakeville.