He began his law enforcement career as a Community Service Officer in Edina in 1987, moving through the ranks before serving as chief for nearly four years. Throughout his career, he took on several assignments in the Edina Police Department, serving from SWAT Team Supervisor and Defensive Tactics Instructor to Detective.

“I am so appreciative of the support our community has shown. It is no secret that the last couple of years have been very turbulent for law enforcement. Despite that, rarely a day has gone by that we haven’t received a thank you note, had treats dropped off, or just simply received a kind wave of someone passing by,” shared Chief Long.

Brad Paulson, current Commander of Operations for the Lakeville Police Department, has been named as the new Chief of Police for Lakeville. Paulson has over 22 years of experience. He started his career as a Minnesota Corrections Officer in 1999. He was hired as a Lakeville Patrol Officer in 2002 and rose through the ranks, most recently named Commander of Operations in July 2021. He is set to take over command on June 18, 2022 and will oversee 64 sworn officers and 14 non-sworn staff.

“This is such a humbling and exciting opportunity for me, stepping into a position to lead an outstanding group of innovative, dedicated, and professional men and women that make up our agency,” added Paulson. “Day in and day out, I’ve had a front row seat to the amount and quality of work that gets done and I’m looking forward to continuing to mold these efforts to match the needs and desires of our growing community.”

In his new role, Paulson will provide the vision for the department and serve as a strong advocate for the community. He will be responsible for the management, supervision, planning and coordination of the activities for the police department.

“We are committed to keeping Lakeville one of the safest communities in the Metro area,” said Lakeville City Administrator Justin Miller. “First, we want to thank Chief Long for his years of service to Lakeville and his ability to adapt the department to match our fast-growing community. We are also happy to promote from within and name Commander Paulson to the role of chief. We know that he has a solid background in the community, as well as with the department. We know the bench strength within the department is strong and his ability to partner with the community will bring us the best in law enforcement and public safety.”

Lakeville is a south suburb of the Minneapolis-St. Paul metro area. It is the largest city in Dakota County with a population of over 72,000.

(Click on the images below to see larger images.) 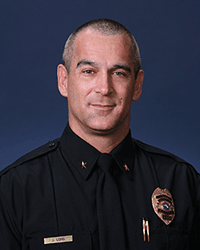 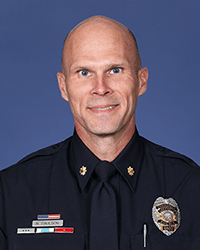